WIQD (pronounced “wicked”) is a professional network for quantum technology enthusiasts from industry, academia and policy.

Our mission is to bring together women in quantum in the Netherlands, and beyond, for support, networking, and community growth.

PLEASE NOTE: In response to the latest public health recommendations to prevent the spread of the novel coronavirus, we are disappointed to let you know that next week’s WIQD event will be cancelled.

Want to get involved?

We are looking for volunteers! If you’re interested in helping to make our first event a success, please contact Stacey Jeffery at jeffery@cwi.nl

Stay up to date!

A network of women in quantum

We started WIQD to address a simple problem: there are not very many women in the field of quantum computing. Unfortunately, we believe that this condition is somewhat self-sustaining.

With few or no women role models, it may be difficult for some women to imagine themselves in a long-term career in quantum computing.

On the flip side, a support network of women peers could have a positive impact on the retention of women in the field, but for many women from smaller groups, there are few opportunities to form such a network.

In order to achieve our mission, we plan to organize events multiple times per year. These events should be:

Useful: We’re all busy, so let’s take the opportunity to discuss science when we meet.

Interactive: There will always be a networking component to our events to foster new connections.

Inspiring: We will seek to organize events with people from different career stages, including as diverse as possible role models, with built-in opportunities to inspire one another.

CANCELED: We will be holding the first WIQD Symposium in Amsterdam on March 18, 2020. The event will feature keynote speakers Heike Riel (IBM) and Barbara Terhal (TU Delft) as well as opportunities to connect with fellow WIQD Women.

Read more about the program and free registration below. Join our mailing list to be kept in the loop regarding further program details and future events.

We hope to see you there!

Get to know our steering committee

The steering committee for WIQD consists of (in alphabetical order by last name): 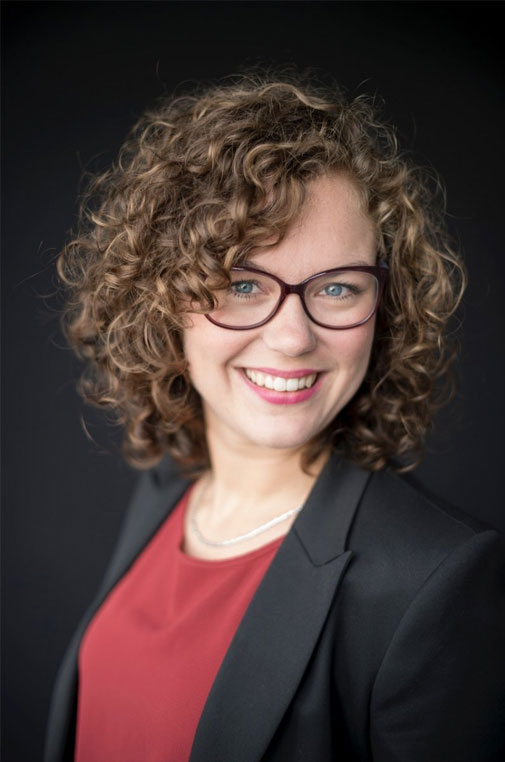 Julia Cramer is a postdoctoral researcher at Leiden University, affiliated both at the Physics Institute (LION) as well as in the Science Communication and Society research group. Julia is interested in the intersection between social science and quantum science:

Can we design effective science-based outreach on quantum science and technology?

Her experimental PhD research focused on quantum error correction with spins in diamond, being the first to show repeated quantum error correction with real-time feedback. For this research she obtained the Minerva prize, for women in physics. Julia enjoys reaching out to diverse groups about quantum science; she gives lectures to kids and talks about quantum on the radio and occasionally on tv. Julia wonders why we physicists are so scientific in our research, while we are so not-scientific in our outreach plans. She thinks we can be much more effective and diverse in outreach if we understand how it really works.

Julia co-founded WIQD because she herself did not want to study physics after high school because she felt this was not for girls. After she did make the right decision she felt very much supported by senior researchers to continue her research. She has (had) many role models over the years and she would like to help others to find theirs too. 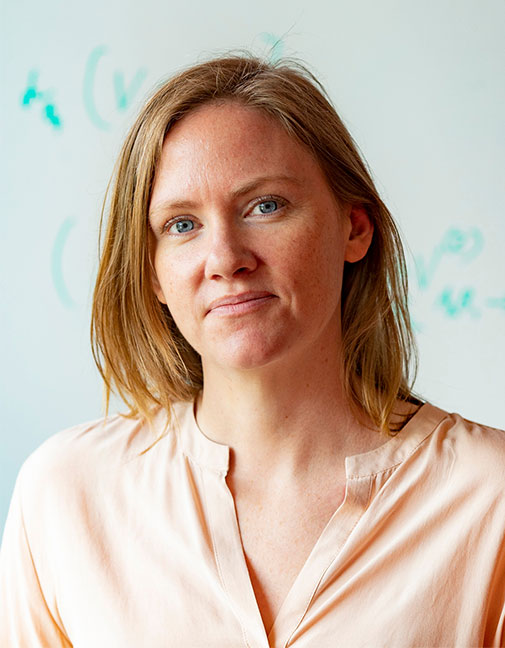 Stacey co-founded WIQD because she feels that she has benefited immensely from a professional support network of other women, and wanted to ensure that others have the opportunity to develop a similar network, as well as gain exposure to a variety of role models with diverse approaches to work and life. 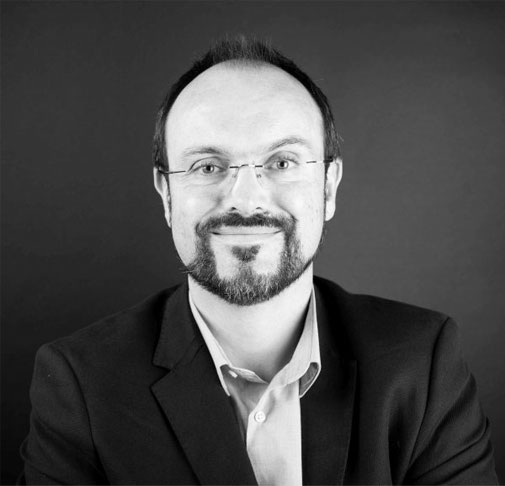 Victor has been a science-enthusiast for most of his life, culminating in a Masters degree in physics and astrophysics and a PhD, both at Utrecht University. During his PhD, he studied the properties of complex plasma systems, and as a post doctorate and research associate at Baylor University, in Texas, he investigated the very early phases of planet formation in ionized environments around young stars both numerically and in the laboratory for over 4 years. Upon return to the Netherlands, he continued to support science, first as a program coordinator with the Foundation for Research on Matter (FOM, part of NWO), later as a project officer for the department of Applied Physics at TU/e. There, he co-founded the Center for Quantum Materials and Technology (QT/e) and assisted in writing the National Agenda for Quantum Technology, launching him into the quantum technologies arena. Since June 2019, he has been the coordinator of QuSoft, the research center for quantum software in Amsterdam.

Besides being involved in science professionally, Victor is an active amateur astronomer and volunteers at Sonnenborgh, the museum and observatory in Utrecht. He also runs “Sterren Kijken In De Stad”, through which he has brought dozens of people in contact with the wonders of the universe and the fantastic hobby that stargazing provides.

If we do not ensure that women in science get the exact same attention for their work, access to research funding and infrastructure, as well as access to networks of experts, the world is missing out on 50% of its potential. For Victor, that makes it a no-brainer to join an important initiative such as WIQD. 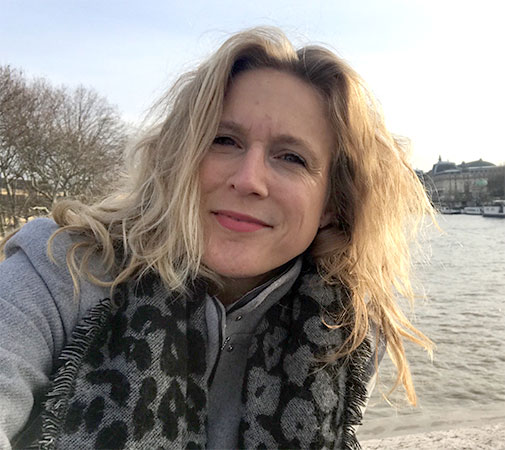 Karin is a cryptographer with the ambition to help develop highly secure and usable products to protect information. That is one of the reasons she is highly interested in quantum (as a threat to crypto). Karin is also a proud mother of two daughters who loves being a role model not only to them but also to many more young women, with a math/crypto/quantum ambition. She notices that, in general, women in technology tend to be less self-secure than men in technology, and as a female role model she can give them this little bit extra encouragement they need. That is why she was glad to be asked to be a member of the WIQD steering committee.

During her PhD, Barbara developed the concept of an entanglement witness as opposed to a Bell inequality test for the detection of quantum entanglement. After her PhD, she was a postdoc at IBM Research at Yorktown Heights, NY and at Caltech, before returning to IBM as research staff member in 2001.

In 2010 she left IBM to become professor in theoretical physics at RWTH Aachen University, supplemented by a position at FZ Juelich from 2015 until present. She has been a fellow of the American Physical Society since 2007 and a distinguished visiting research chair at Perimeter Institute since 2014.

Barbara got involved in WIQD because she is happy to support activities that strengthen diversity and enhance communication within the scientific community. 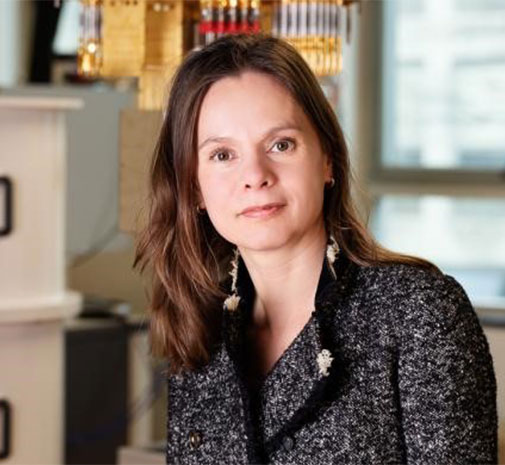 Freeke Heijman is director strategic development at QuTech in Delft and special advisor to the Minister of Economic Affairs and Climate Policy on Quantum Technologies. In this context she is responsible for the Dutch national policy and investments in Quantum Technology, international partnerships such as the NL participation in the EU flagship and development of the Delft Quantum Campus ecosystem. She is a 50-50 liaison between the Ministry and the QuTech Center and represents The Netherlands in European committees such as the FET Flagship Board of Funders. She has extensive experience in European and national space, industrial and innovation policies including in the role of head of unit. She graduated at the TU Delft Policy Analysis and Systems Engineering department in 1999 and started her career at KPN Research. Her passion is to drive innovation at the crossroad of academia, business and government.

Want to get involved?

We are looking for volunteers! If you’re interested in helping to make our first event a success, please contact Julia Cramer at julia.cramer@gmail.com

Website by Liesbeth Smit / The Online Scientist, websites and e-learning for scientists.